It is a nice feeling to be back on familiar turf. We arrived in Tucson on Saturday. The plan was to leave on Monday to continue our journey to New Mexico. Plans in our world are flexible and tentative. A wind advisory forecast describing strong, vigorous trough aloft, gusting winds exceeding 50 mph in New Mexico today was a very good reason to stay put and enjoy the sunny weather in Tucson for a few days.

This was a nice little break from being on the road breaking down and setting up everyday. Pepper enjoyed her time sniffing around all the buildings and bushes catching up on e-mail messages left by other RV dogs. Her other favorite pastime is her version of TV. She lays on the dash board and watches people and dogs pass by. It seems to be a very common pastime for RV critters as I see many dogs and cats hanging out when we go for our walks.

What did we do?  Well of course we had breakfast at Sunny Daze every morning. The decor is fun with Pink Flamingos and a beach cabana feel.  Great food, diverse breakfast, lunch and dinner menu, plus super service with a smile. I feel like the ladies have adopted Lisa and I. They take very good care of us there. Thank you ladies, see you soon.

Besides eating we relaxed, slept in, did our shopping, laundry and had the guys from Xtreme Power Wash clean up and make our car and RV sparkle again. They did a superb job and the cost is very reasonable.

We will be heading out tomorrow morning. It is our next to last leg to our final destination in New Mexico.

We would love to hear from you in our comment section. Thanks for tuning in. Till next time…

Spent a nice day relaxing and doing laundry at the Fort Stockton RV Park. We decided to stay put due to the increased winds in west Texas. With wind gusts upwards of 45 – 50 miles an hour it is like driving a giant billboard down the highway. Ok maybe a slight exaggeration.

One of the few things we will miss about living in a sticks and bricks house (S&B) is our own washer and dryer. I (Lisa) seem to lose at least one thing every time I go to the laundry mat. Usually Connie’s socks. (You can tell when Connie adds to the narrative). This time it was Miss Pepper’s stylish sleep shirt. Yes, we do put a sleep shirt on her at night when it will be cold out. It is actually a Thunder Shirt, they are made to be snug around her little body calming her down during storms. 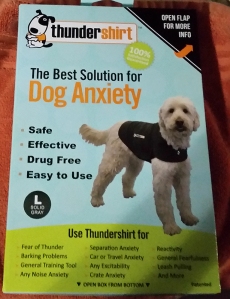 We really enjoyed the Roadrunner Cafe at the park, liked it enough to eat 2 dinners and a breakfast there. They have a small menu and the food was excellent. One of the things we both enjoyed was the vanilla ice cream with chocolate sauce included with dinner. It reminded us of our childhood. It is nice to find “Mom and Pop” cafes on the road.  Reminds us of our own local “Mom and Pop” restuarant the “Morning Star Cafe” owned by Brenda and Matthew Pratt in Palominas, Arizona.

Left fairly early this morning, we thought a short trip to Van Horn (120 miles) could be done before the afternoon winds picked up. Once near Van Horn we made the unfortunate decision to continue on to Sierra Blanca, Texas – only another 33 miles up the interstate. What a mistake! According to our old version of “The Next Exit” there are two RV parks in Sierra Blanca; but both seemed to be closed. Actually the whole town looked closed!!! Dead!!! Nada!!!   So decided to keep on moving West to El Paso. It is only about another hour; however, we were caught in some very high winds which made the trip seem longer more difficult and our bodies down right weary. Thankfully, Connie was at the wheel and she handled the winds very well.

Lisa did a stint of driving earlier in the day. (Don’t worry we won’t bore you with to many driving pictures).

We made it into El Paso at about 4:00 PM and stayed at Mission RV Park.

The weather for today between El Paso and Deming, New Mexico was again very windy.  Been there, done that. So we decided to get back on the road tomorrow (Monday). Slept in today, went out for breakfast, stocked up on groceries and replaced Peppers Thunder Shirt.

That is all for now.  Talk with you soon.

Some of our Recent Posts

Recent comments on the site

Two retired educators touring the country in their motorhome

Travels with the Blonde Coyote

Follow the Blonde Coyote and see more of the world!

Wheeling It: Tales From a Nomadic Life

On the Road Since 2010, Traveling Across USA & Europe With Pets

TRAVEL WITH THE BAYFIELD BUNCH:))

rvsue and her canine crew